Autonomous running may soon be a reality 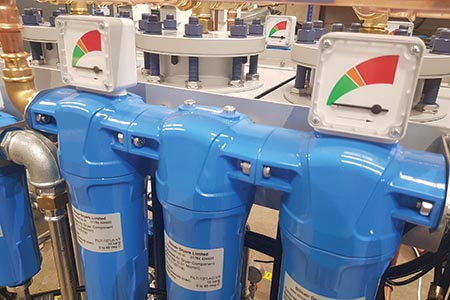 Such is the power of such technologies, that SHJ believes healthcare estates teams may soon be able to leave their medical gas systems to ‘run themselves’. At a second meeting this February, the SHJ team reported on recent developments, and highlighted the features they believe make the company’s installation, servicing, maintenance, and technical back-up stand out.

At an interesting previous meeting last autumn, I met SHJ’s managing director, Stafford Scopes, who explained (HEJ – November 2019) how in 1967, his father, Ronald, established the business to provide a more responsive installation service to UK hospitals than was available at the time after a sizeable backlog of such work had built up. The Chesham firm, which has its own assembly facility close to its head office, has considerably developed in the intervening five decades, and, in the past 5-10 years particularly, has harnessed technology including Artificial Intelligence, Internet-of-Things, and edge computing, to give its systems an ‘edge’. Central to one of SHJ’s major selling points – the ability to ‘see’ how customers’ medical gas systems are performing and pre-empt any ‘problems’ – is the SHJ Customer Portal, an easy-to use ‘frontend’, via which the company and its engineers, and increasingly also customers, can access data on the operation, servicing, and maintenance of medical gas systems at single or multiple hospital sites. The portal has recently been enhanced and ‘relaunched’, with a new name, K’nect. The data that the portal holds – in secure, encrypted form – is ‘transmitted’ direct to it either from one of SHJ’s sophisticated ‘intelligent’ plant control/plant monitoring systems, or by an SHJ engineer out on site equipped with a PDA.

Back in the 19th century, Louis Pasteur said: “We drink 90% of our illnesses!”
And that makes it especially astounding that nowadays the maintenance of potable water hygiene in building installations is still often neglected. Compliance with drinking water hygiene can have immediate effects on our health. Through forced flow and selective...

Founded in 1967, SHJ is a leading supplier of medical gas pipeline systems and services and a market leader in remote monitoring and energy-saving technologies. We are trusted by NHS and private sector healthcare providers at over 130 sites across the UK. We help our customers deliver a high-quality, reliable medical gas supply to their...