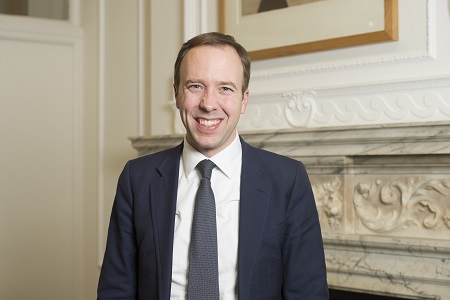 The Prime Minister, Boris Johnson, has confirmed that 40 hospitals will be built by 2030 as part of a package worth £3.7 billion, while the proponents of further eight schemes have been invited to bid for future funding.

The Department of Health and Social Care of Health (DHSC)  also confirmed that new standards would be developed over coming months ‘to help standardise the design of new hospitals and make use of modular construction methods to speed up the build’. The Department describes the Health Infrastructure Plan (HIP) – which was launched in September 2019 – as ‘the biggest hospital building programme in a generation’. It launched with a £2.8 billion investment that gave six new hospitals the funding to go ahead, alongside seed funding for Trusts to work up business cases. Those that received such funding will now all be fully funded to deliver 25 new hospitals. A new hospital in Shotley Bridge in Durham has also been added to the programme, in what the Government says is ‘a further signal of our  commitment to rebuil across the north of England, as we drive forward with the levelling up agenda’. Of the eight further new hospitals, ‘a proportion’ will be mental health hospitals.

Health and Social Care Secretary, Matt Hancock, said: “We protected the NHS through the peak of coronavirus. Today we recommit to protect the NHS for years to come with the 40 new hospitals we will build over the next decade. The biggest hospital building programme in a generation will help protect the NHS long into the future.”

Alongside this, as announced last year, 20 hospitals will receive a share of £850 million ‘to upgrade outdated facilities and equipment’, with enabling works already beginning at several sites. Over the summer the Prime Minister announced £1.5 bn in capital funding for the NHS, including £450 million for 142 A&E upgrades ahead of winter, ‘to improve infection control and increase capacity’. The DHSC says this investment will be on top of the ‘record extra’ £33.9 billion a year by 2023 to 2024 the government is providing to the NHS.

The DHSC added: “Alongside work to deliver the government’s manifesto commitment on 40 new hospitals, progress is also being made on delivering 50,000 more nurses, with over 14,100 more working in the NHS compared with last year, as well as over 9,200 more doctors.”

Change of leadership and ‘re-shaping’ at Imtech

At record we are the largest manufacturer, supplier, installer and maintainer of automated pedestrian openings in the UK,  offering a wide range of solutions capable of fulfilling the requirements of practically any entrance, from from aesthetics, design, flexibility & budget.
For healthcare facilities where hygiene is paramount, our range of...