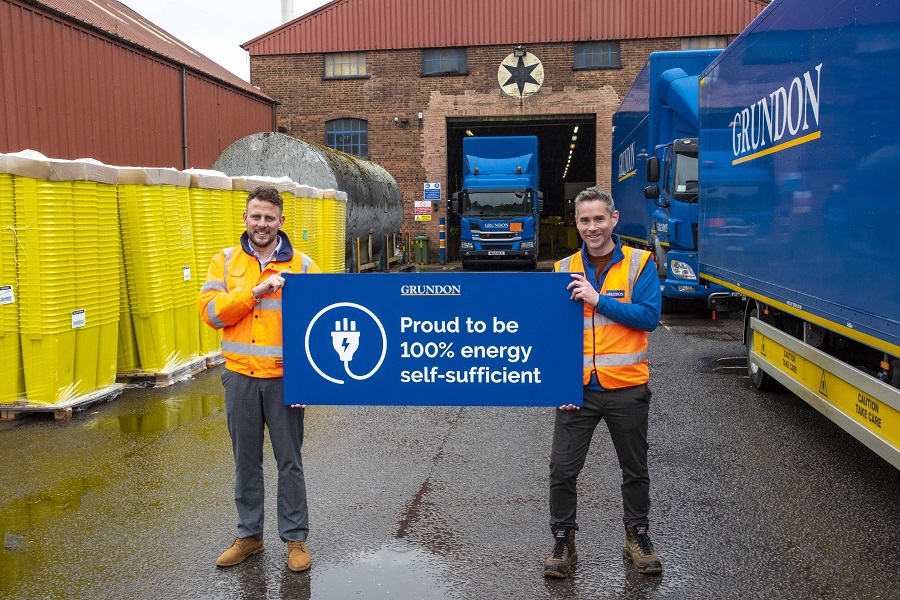 The company says it believes the move will  help the NHS work towards its commitment of a Net Zero health service, and boost the environmental credentials of all healthcare customers. Grundon’s site at Knowl Hill in Berkshire pipes landfill gas from its adjacent former landfill site into a gas engine, which is now generating around 350 kW of renewable electricity –‘enough to power the entire operation and still send at least a third of its output to the National Grid’.

Phil Steer, Commercial manager – Clinical, works with many of Grundon’s NHS customers. He said: “The NHS is responsible for around 4 per cent of the country’s carbon emissions, and last year became the world’s first national health system to commit to delivering Net Zero by reducing harmful carbon emissions and investing in efforts that remove greenhouse gases from the atmosphere. Being able to work with a supplier whose clinical waste operations are entirely self-sufficient in energy will be an important step forward for Trusts, enabling them to reduce their carbon footprint without any extra cost. Equally, given that our waste collection fleet is already certified CarbonNeutral, it’s the perfect combination for anyone who generates clinical waste and wants to be more environmentally conscious.”

James Gilbert, Grundon’s Environment & Energy manager, added: “On an average working day, we use around half of our self-generated electricity to power our site, and send the remainder to the National Grid, so it is quite significant.

The Knowl Hill operation is home to Grundon’s hydroclave facilities, which treat a range of infectious and clinical wastes generated by NHS Trusts and other healthcare-related customers, including dental and doctors’ surgeries, care and nursing homes, and veterinary practices. Also based there is the company’s fleet of specialist clinical waste collection drivers and vehicles, together with the clinical waste sales team and facility operators.

MMC-built ward at Forth Valley will enable an extra 1,500 operations annually

Our purpose is simple; to keep people safe from fire every second of every day. We specialise in the design and manufacture of high-quality fire detection solutions that protect people from fire in over 100 countries around the world. Based in Havant, Hampshire, on the UK’s south coast, we operate through regional offices in the UK, America, China, Dubai, Germany and India and support our network of partners and distributors on all five continents.