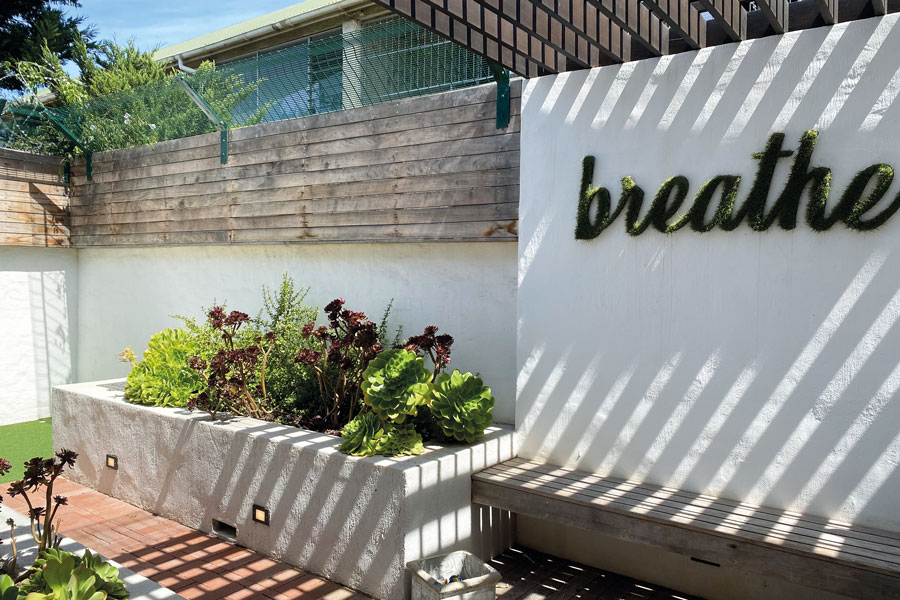 Biophilic design’s benefits for both acute and mental healthcare settings are well-recognised. South African interior designer, Antoinette Greeff, discusses the fundamentals of the ‘art’, and explains how the principles were deployed at a new assisted ward at a psychiatric facility.

The benefits of biophilic design in the creation of a variety of both acute and mental healthcare settings are now well-recognised, and documented in numerous studies. Here, South African interior designer, Antoinette Greeff, discusses some of the fundamentals of the ‘art’, and explains how biophilic design principles were deployed in an impactful way within a new assisted ward at Life Hunterscraig Private Hospital – a short-term psychiatric facility in Gqeberha in South Africa’s Eastern Cape province.

The term ‘biophilia’ was first used by social psychologist Eric Fromm (The Heart of Man, 1964), and later became popularised by Edward Wilson (Biophilia, 1984).1 The question arises - what is biophilia exactly? In short, biophilia is the innate connection between humans and nature. This connection is the reason why certain feelings are evoked within us through the exposure to natural elements, for example the comforting feeling evoked from

Thermal disinfection with the Mixcal Careflo Plus
Author: Stephanie Allchurch – Product Development Manager, Altecnic
The complete removal of harmful bacteria, such as legionella, from potable water systems can present a challenge to plumbing engineers. Thermal disinfection is a commonly used practice as an effective way of killing...

MTX Healthcare is a division of MTX Contracts Ltd. Specialists in the design, construction and engineering of bespoke and fast-track healthcare projects we have a strong commitment to quality and service. We aim at all times to provide a long lasting, efficient and cost effective solution to our customers consistently promoting innovation and...