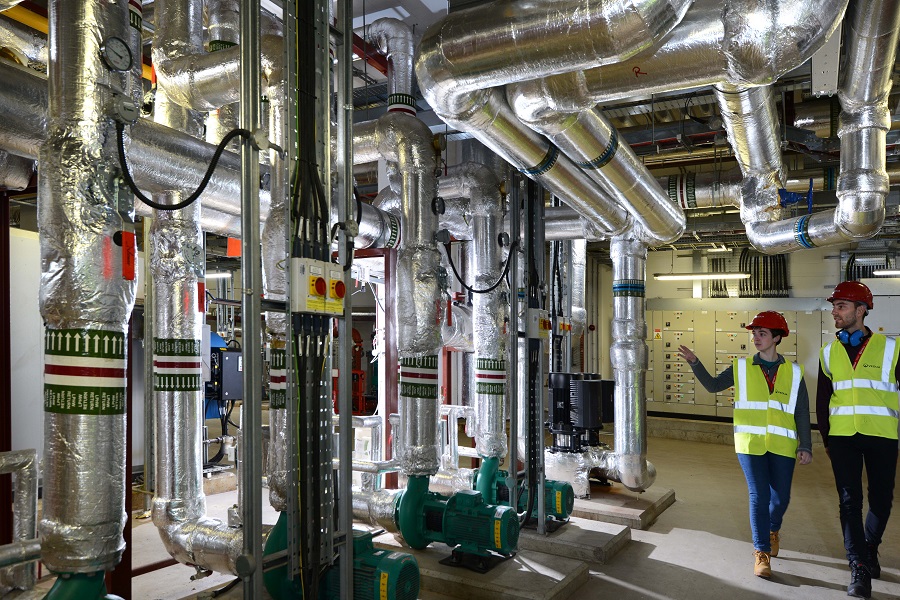 The results, including an additional €44,000 of savings, were achieved after extensive energy efficiency upgrades completed under the first Carbon and Energy Fund contract for a hospital in Ireland.

The 15-year Energy Infrastructure Project Agreement will reduce the hospital’s carbon footprint by approximately 72,000 tonnes, cut imported electricity from the national grid by 77%, and deliver €26 million in guaranteed energy and operational savings. At the end of Year 1, Veolia says the data indicates that savings of €1,565,759 have been achieved against planned guaranteed savings of €1,521,868. By 2025, the Mater Hospital is aiming to have moved energy efficiency gains from the current 37.2%, ahead of the 33% target set by the Government, to over 50%.

With more than 600 beds, the hospital treats over 360,000 patients each year. To meet the energy demand and achieve carbon savings of 35% Veolia's specialist energy teams managed a wide range of energy efficiency projects covering the design, delivery, installation, and commissioning, of a range of energy upgrades, including the installation of 2,600 m2 of double-glazed windows and 3,800 new energy-efficient light fittings, and a new 2 MWe CHP plant to generate around 13.8 GWh of electricity annually. Supporting these measures is an upgraded Building Management System (BMS). One of its key roles is to manage the heat distribution through the 1.7 km of installed district heating network that delivers heat to nine existing boiler houses.

To ensure continued patient care throughout the lighting and window upgrade projects, each ward’s renovation of was delivered with a 5-6 week turnaround per ward, with a ‘decant’ ward created to enable patients to be transferred during the upgrades. During the energy infrastructure upgrade the hospital also replaced floors and ceilings and re-designed wards to – for example – provide new nursing stations and improved bathrooms. Once the renovation work was completed, the wards were cleaned and sterilised before patients returned to them.

Alan Sharp, CEO at Mater Hospital, said: “The energy project has delivered more than the savings we expected based on its current performance. We’re extremely thankful we took the decision to start this project, especially with concerns over energy supply and the increasing cost of energy.” Fergus Elebert, regional director at Veolia Ireland, added: “A major element that contributed to the success of the infrastructure upgrades was the high level of teamwork between the hospital’s Facilities team, the medical teams, Veolia, and the contractors and suppliers. We look forward to extending this success at the Mater as we move towards achieving a net zero goal.”