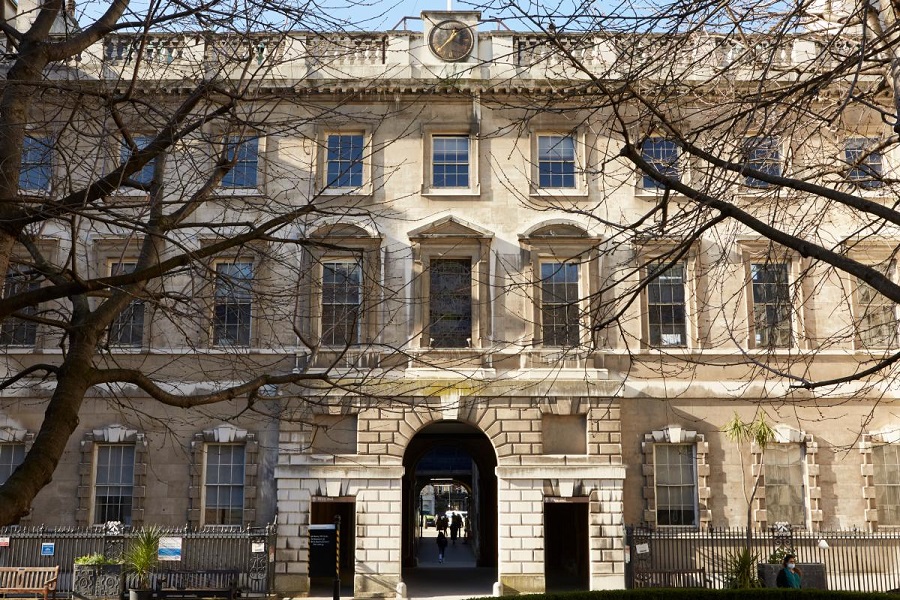 Work to restore the Grade I listed buildings at the heart of Britain’s oldest hospital will begin this summer, thanks to a multi-million pound Lottery grant.

The National Lottery Heritage Fund has awarded £4.9 m to Barts Heritage, the organisation established to ‘rescue and repair’ the North Wing at London’s St Bartholomew’s Hospital, which is home to the Great Hall and sweeping staircase painted by William Hogarth.

Barts Health NHS Trust explains that the staircase itself ‘will be returned to its former glory’, including strengthening its timber frame and ‘conserving a magnificent 18th century chandelier’. It said: “While both Hogarth canvasses have remained in reasonable condition, specialist cleaning and conservation are now required.”

As well as the urgent repairs to the staircase and Great Hall, the funding will allow Barts Heritage to reopen the North Wing to the public, with walking tours, educational classes, and wellbeing initiatives. The Trust said: “There will also be a chance for the next generation of professional conservators to hone their skills through placements, apprenticeships, and volunteering opportunities.” The Lottery award completes Barts Heritage’s initial £9 million fundraising appeal.

Chief executive, Will Palin said: “The Hogarth Stair is a genuine ‘hidden treasure’ and just one element of our ambitious project combining the much-needed restoration of the one of the most important historic hospital buildings in the UK, with a pioneering heritage and health programme.  We are thrilled to have secured this transformative grant, and look forward to welcoming the public – both during the restoration works, and after the project is complete.”

Established in 1123, St Bartholomew’s will celebrate its 900th anniversary on 25 March this year. The Trust says the Wing restoration is ‘one of a number of exciting projects to celebrate this unique milestone’.

St Bartholomew’s Hospital CEO, Professor Charles Knight, said news of the funding was  ‘the perfect start to a momentous year for the hospital’.