Coastal protection from an air-handling perspective 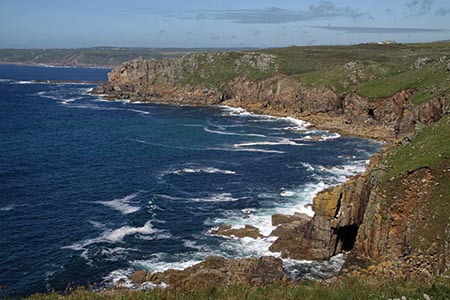 David Livingstone, a Chartered Engineer, and the managing director of DRLC, Consulting Engineers, discusses some of the key considerations for healthcare engineers to ensure that the performance of air-handling units in hospitals located in coastal areas is not compromised by corrosion created by the increased concentration of salt in the local atmosphere.

When you hear the phrase ‘coastal protection’, what images does it conjure up? Robust piles of large stones carefully constructed to protect the shoreline from eroding? Wooden groynes stretching out to sea to prevent the sand on the beach from disappearing?

The United Kingdom is made up of a number of islands. Coton in the Elms, a village and parish in Derbyshire, is 70 miles from the coast, which makes it the furthest place in the UK from coastal waters, and is equidistant from Fosdyke Wash in Lincolnshire, White Sands between Neston in Cheshire and Flint in Wales, and Westbury-in-Severn in Gloucestershire. The UK coastline as measured by the Ordnance Survey is about 11,073 miles long, and if the larger islands are added, the coastline as measured by the standard method at the Mean High Water Mark rises to about 19,491 miles. Thus inevitably many hospitals find themselves in close proximity to the sea, which has consequences for the fabric of the building and associated plant, due to the increased concentration of salt in the atmosphere

Mitigating the effect of sea air

DELABIE is Europe’s leading manufacturer of water controls for commercial and public environments with over 30 years’ experience of providing innovative, hygienic and sustainable solutions for education, healthcare and highly frequented places. DELABIE also offers a complete range of equipment to meet the specific needs of all users, regardless of...

AWARD-WINNING NHS DESIGN AND BUILD SPECIALISTS
We are the UK’s only healthcare construction company dedicated to NHS fast-track design and build turnkey solutions for new build or re-purposing projects. Working with Trusts across the UK from the very beginning of their design journey, our award-winning team of healthcare consultants,...