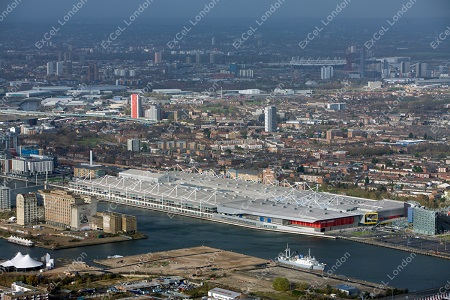 London’s ExCeL Centre will be used as an NHS ‘field hospital’ within days, with the capacity to hold up to 4,000 patients with the coronavirus, the Department of Health & Social Care has announced.

Dubbed the 'Nightingale Hospital', the temporary base will be staffed by NHS medics with the help of the military.

According to a BBC news story posted online on 24 March, ‘ExCeL Centre to be used as a coronavirus hospital’, it will initially provide about 500 beds equipped with ventilators and oxygen.

The story, by BBC Health reporter, Rachel Schraer, said a team of military planners from the Ministry of Defence had visited the centre along with NHS England staff on the weekend of 21-22 March..

Defence Secretary, Ben Wallace, told the BBC the military was also seeking out other possible locations to treat patients who cannot be accommodated in normal NHS facilities. The BBC said similar plans has been undertaken in other countries, with coronavirus patients being treated in the IFEMA exhibition centre in Madrid and the Javits convention centre in New York. A hospital in the French city of Mulhouse is using its car park as a field hospital. According to the BBC, the temporary NHS hospital's staff may include students and retired nurses and doctors returning to the workforce.

In response to the UK's call for retired medics to return to the NHS, Health Secretary Matt Hancock, said over 11,788 had come forward, including 2,660 doctors and 6,147 nurses. More than 18,700 student nurses and 5,500 final year medics will also join the NHS workforce, the Minister said.

Mr Hancock also put out a call for 250,000 NHS volunteers to deliver food and medicines.

The announcement about the new temporary hospital came amid concerns that NHS intensive care units could soon be overwhelmed by extra patients. Northwick Park Hospital in north-west London declared a critical incident on 20 March after it ran out of intensive care beds, although there was capacity at neighbouring hospitals.

As well as assisting with planning, during the coronavirus outbreak, military personnel have also been used to deliver emergency supplies of masks, and are being trained in how to drive oxygen tankers.

They have not yet been deployed to enforce social distancing measures. The military will also be involved in distributing 7.5 million pieces of personal protective equipment.

PPL Training is an industry-leading UK and International provider of Safe Systems of Work, Technical, Legionella (Water Hygiene) and Compliance training. Combined, we have an extensive portfolio of over 100 accredited courses. Our team is comprised of highly-experienced Authorising Engineers, Authorised, Competent and Responsible Persons, allowing us to develop in-house courses that are tailor-made for those working with Electrical High and Low Voltage, Mechanical & Pressure and Ventilation systems.