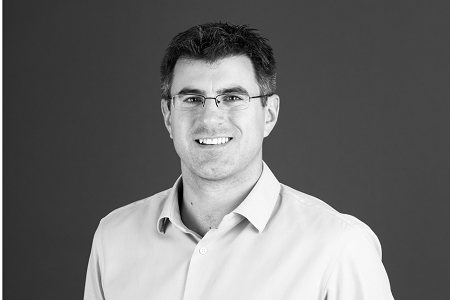 New policy guidance issued to NHS estates directors states that adopting a ‘manufacturing-led approach’ to the design and construction of new projects will offer the greatest opportunity to improve efficiency and productivity across the estate.

It outlines a 40% increased efficiency for ‘manufactured’ schemes, versus 20% for volumetric’, and just 10% for component-led. Bryden Wood, a ‘hi-tech design practice’ which offers services ranging from architecture, to structural, consulting, and mechanical and electrical engineering, as well as Design for Manufacture & Assembly, has been among a number of advisors to the Government on the new guidance. It explains that it stipulates that while detailing the use of Modern Methods of Construction, every new business case will also now need to specifically outline how ‘a manufacturing-led approach’ can be maximised. In a ‘manufactured approach’, new, standard components are developed and assembled using modern techniques onsite. This offers ‘an entirely bespoke solution, with high levels of customisation, delivered by a standardised process’.

Jaimie Johnston (pictured) – who leads Bryden Wood’s work with NHS England – explained: “In 2019, the Government issued a ‘presumption in favour of Modern Methods of Construction (‘MMC’), meaning that all new schemes must start out as MMC. The announcement detailed the numerous benefits of MMC, and the three categories within it: volumetric, component-led, and manufacturing-led. Now,” he continued, “NHS England and the Department of Health & Social Care have gone much further to highlight manufacturing-led construction as offering the greatest opportunity to improve efficiency and productivity, with the highest levels of customisation, and the greatest overall cost saving. Indeed this summer, Martin Rooney, Estates Delivery lead at NHSE / NHSI, wrote to NHS Trust Estates directors across England making clear the presumption ‘from the centre’ that Trusts developing new capital schemes should utilise MMC wherever feasible.”

Key benefits cited for MMC include:

Bryden Wood says it is well-known in the sector for having developed a ‘Platform’ approach to construction (an analogy in the consumer market being IKEA) – where sets of components (‘kits of parts’) ‘combine to produce highly customised structures, highly efficiently’. Many different kinds of space can be built with the same kit of parts. The company says it has ‘proven that MMC works and that efficiency and productivity can be transformed’. At Circle Reading Hospital, for example, it developed new processes comprising sets of components with repeatable forms and standardised connections, built using offsite manufacturing, and assembled on site using modern construction techniques, while it claims to have  delivered Circle Birmingham Hospital, which opened in September, at 30% lower cost than a comparable hospital, working closely with Circle Health to establish a design that separated ‘critical, high-tech, high-spec space’ from non-critical spaces (such as consulting rooms and waiting areas), to set up the building typologies in line with the appropriate clinical departments. The goal was ‘to improve clinical outcomes, patient safety, and experience’.

The consultancy says the project represents ‘a step change in hospital design, delivering enhanced patient and staff experience, and significant cost savings’. It said: “The typical cost of NHS hospital stock in the UK (Midlands) is £3,000 - £3,500 per square metre. For this building, we achieved a per m2 cost of £2,300 – a saving in the region of 30%”.

Jaimie Johnston, director, and head of Global Systems at Bryden Wood, added: “Bryden Wood has adopted and championed a manufacturing-led approach to a significant number of construction projects for at least the past decade, and has been among the pioneers within the field. We advised the Infrastructure and Projects Authority (a Cabinet and HM Treasury –backed body) back in 2017 when the IPA was writing its ‘Transforming Infrastructure Performance’ report – which strongly advocates manufacturing-led construction, and also contributed on the subject to that year’s Autumn Statement. As a business we have also been involved in a number of volumetric construction projects, but believe the manufacturing-led approach offers the greatest overall potential cost savings and efficiency gains. In a manufacturing-led project – the approach is equally suitable for new healthcare and educational buildings – the on-site team works with a kit of often colour-coded standardised parts. This enables a considerably faster and more efficient, as well as less wasteful build, with a smaller, but skilled workforce and less on-site impact.

“While manufacturing-led construction’s benefits have been recognised for some time,” Jaime Johnston continued, “a sector not always known for its keenness to embrace new working methods, and a supply chain more set up for traditional construction, have meant it has not been widely adopted yet. However, with growing pressures on capital funding, a need for greater efficiency and speed in construction – and the associated arguments for greater standardisation, and rising demand for healthcare, the Government, including key departments such as the Department of Health and NHSE / NHSI, have made it clear they strongly support this form of construction. We see it being increasingly used in coming years.”

Streamlining finding and booking of clinical and non-clinical space

Strategy sets out to ‘maintain public confidence in engineering'

We have an overriding commitment to develop, manufacture, and deliver on time, products and services that meet or exceed our customer expectations
Source medical equipment
From on-site generation of European Pharmacopoeia quality medicinal air and oxygen to medical vacuum plant and anaesthetic gas scavenging systems we offer you the...

We are proud to be leading innovators in the UK’s nurse call industry for 50 years. Our high quality UK manufactured technology coupled with class-leading support is trusted by well-known care homes, NHS Trusts and private hospitals. Wireless technology improves service and reduces the install and operating costs. Live data delivered to...