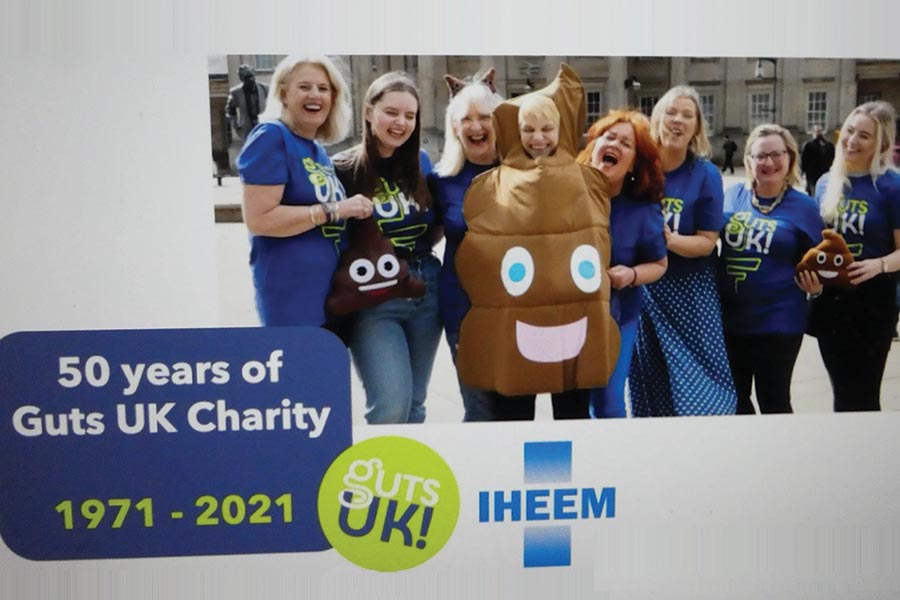 The presentation of the 2021 Healthcare Estates IHEEM Awards in nine categories took place in a special ceremony at end of the second day of this year’s event, with the proceedings streamed ‘live’ to a much wider audience.

The presentation of the 2021 Healthcare Estates IHEEM Awards in nine categories took place in a special ceremony at Manchester Central the end of the second day of this year’s Healthcare Estates event, with the proceedings streamed ‘live’ to a much wider audience. HEJ editor, Jonathan Baillie, reports.

A sizeable audience comprising delegates who had travelled to Manchester Central to visit stands on one of two days of the five-day event to feature a live exhibition, exhibitor personnel, many of those shortlisted for an award, and staff from event co-organisers, Step Exhibitions, gathered in the exhibition hall for this year’s IHEEM Healthcare Estates Awards at the conclusion of the day on Tuesday 19 October. Prior to the presentation ceremony, hosted by highly experienced speaker and entertainer, Andy Powell, guests enjoyed drinks and a chance to unwind. The programme also included a heartfelt plea for support from IHEEM’s 2021 Charity Partner, Guts UK. HEJ editor, Jonathan Baillie, reports.

MC, Andy Powell, got the awards under way by telling those in the exhibition hall they were being joined by a ‘digital audience from all over the world’ as the awards presentation was being live streamed. He next thanked the sponsors of this year’s event – Bender, Catfoss, Armitage Shanks, HEJ, and IHEEM, and the awards judges for 2021. He told the audience: “Before we announce our award-winners, let’s start with a very important matter which needs your full attention and support.... our chosen charity this year – Guts UK.” There then followed a slide and video presentation from Jenny Holdsworth, the charity’s Communications and Fund-raising manager. She explained that Guts UK is the only charity funding research into the digestive system and associated diseases and conditions. She said: “People are suffering. “People are dying – all because of a lack of knowledge about our guts. Guts UK exists to change that.”

Hospitals are fast-paced environments due to the hundreds and thousands of patients being assisted daily. With this comes challenges that could impact the security, safety, and health of both patients and staff. To provide optimum patient care, it is crucial for healthcare facilities to incorporate the use of innovative technologies to create...

Thermal disinfection with the Mixcal Careflo Plus
Author: Stephanie Allchurch – Product Development Manager, Altecnic
The complete removal of harmful bacteria, such as legionella, from potable water systems can present a challenge to plumbing engineers. Thermal disinfection is a commonly used practice as an effective way of killing...