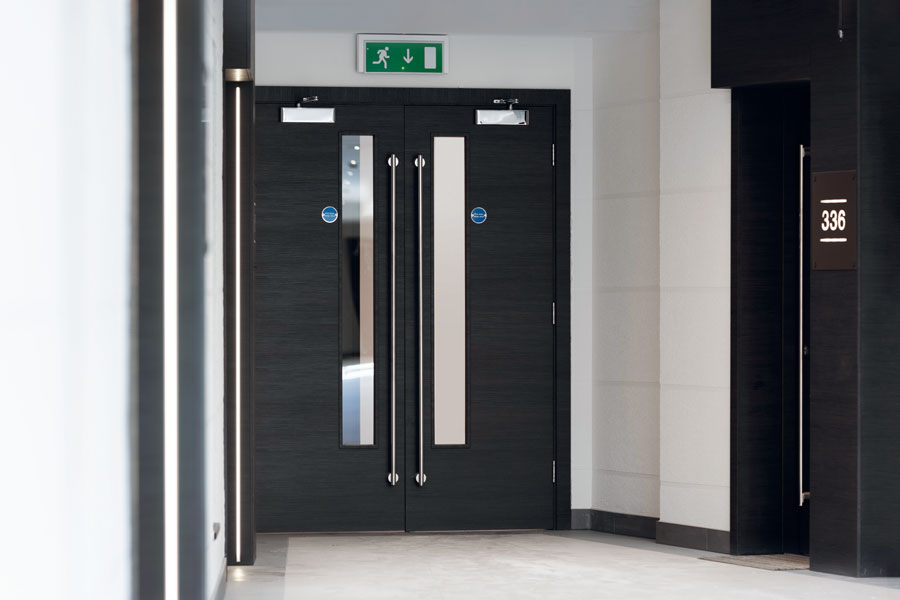 Poor specification, installation, and maintenance of fire doorsets can have devastating consequences in the event of a fire – but especially so in very highly trafficked and occupied facilities such as hospitals. Here, David Hindle, head of Door Closer Sales at Assa Abloy Opening Solutions UK & Ireland, outlines the key considerations for healthcare estates personnel when choosing fire doorsets.

The correct specification, installation, and management of fire doorsets in hospitals and other healthcare facilities is vital in ensuring a safe and useable environment for staff, patients, and visitors, not to mention the additional disruption to patient care and risk to occupiers in the event of fire that inadequately maintained such doorsets could cause. Some of the statistics around fire safety in the UK are staggering. Last year, a Freedom of Information request answered by 147 local authorities discovered that 63 per cent of fire door maintenance and replacement did not progress as planned. Bearing this in mind, it is clear that there’s still plenty of work to be done to help ensure that fire doorsets are always viewed as a top priority.

Role of the Responsible Person

Medstor – Total Space Utilisation
Medstor creates order out of chaos.  Our comprehensive range of healthcare storage solutions helps your hospital department to function as efficiently as possible, and look good, too.  Every element of each racking system or cabinet has beautifully simple, clean, sleek lines that not only complement the...