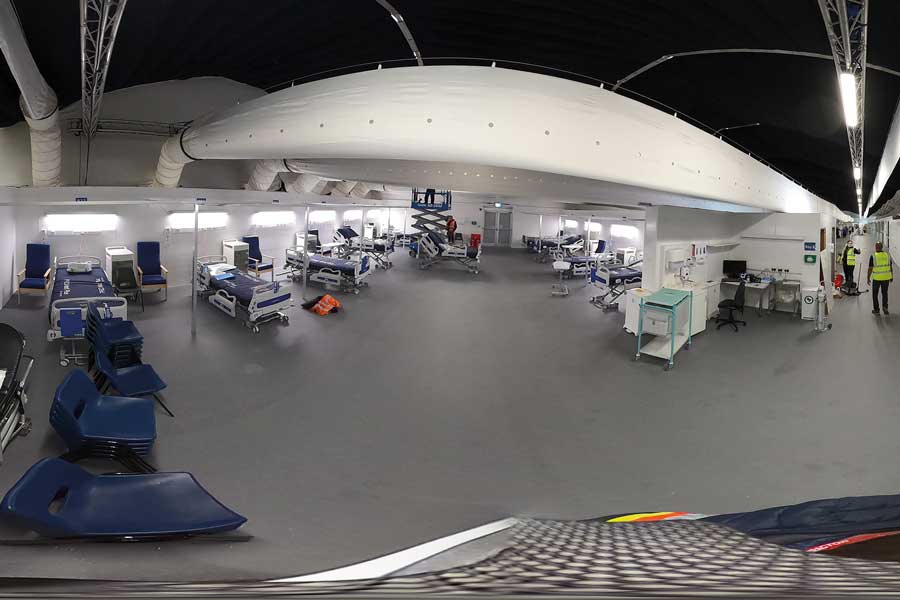 A three-week timescale to create, construct, and fully fit out a surge hub in a hospital car park is a pretty daunting prospect. Five senior team members involved in such a project at a Lancashire acute Trust explain how this was achieved at the Royal Preston Hospital.

Even experienced estates and facilities professionals would have found a three-week timescale to create, construct, and fully fit out a surge hub in a hospital car park a pretty daunting prospect. However, as HEJ’s editor, Jonathan Baillie, discovered from five senior team members involved in just such a project at a Lancashire acute Trust earlier this year, a resolve and determination to meet this extremely tight deadline, and excellent collaboration from all involved, saw the facility operational and ready to admit patients right on cue.

Last December, as a rise in cases of the Omicron variant of COVID-19 continued to put pressure on hospitals UK-wide, NHSE/I announced that eight NHS Nightingale surge hubs would be built at major hospitals throughout England – the Royal Preston Hospital, the Lister Hospital in Stevenage, St James’s Hospital in Leeds, St George’s Hospital in Tooting, Solihull Hospital, the William Harvey Hospital in Ashford, Kent,

Intastop Ltd has been leading the way in the specialist fields of anti-ligature products and door and wall protection for over 25 years. This pedigree, combined with the company’s commitment to new product development and leading edge innovation, ensures Intastop remains a leading manufacturer and supplier to the healthcare, public and leisure...