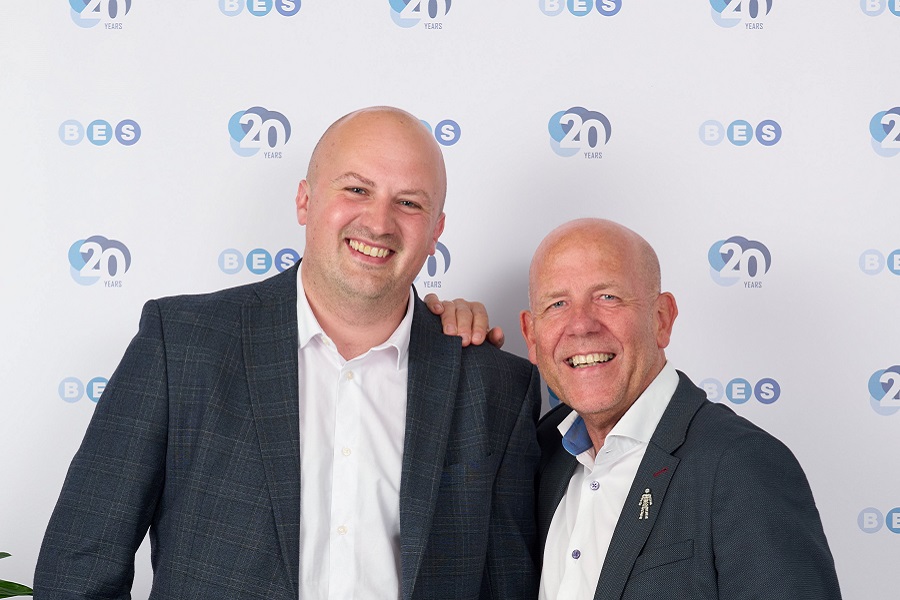 Thirty-three-year-old Sean Ferguson, who has just been appointed as Project director at BES, a specialist in the design and construction of pharmaceutical, biotech and healthcare facilities, is the company’s youngest ever company director, having started as an apprentice there 16 years ago.

Joining BES’s apprenticeship scheme at 17, he soon progressed, moving to become Project engineer and Project manager, and ‘brings a wealth of experience’ to his new role – which will  involve leading multidisciplinary teams on major projects, bringing together design, engineering, and construction expertise.

Steve Marsh (right, pictured with Sean Ferguson), BES’s founding director and Executive chairman, commented: “When we established the business in 2002, we put a culture of collaboration and personnel development at BES’s heart. Sean is one of many apprentices who have worked and trained during the company’s 20-year history, and I’m pleased to say that, alongside others, have risen through the ranks to senior roles. He epitomises all that is good about BES, and it is incredibly rewarding to see one of our first apprentices take up such an important role.”

Sean Ferguson added: “There were just a handful of us when I first joined BES, and we were working on modest projects. Now I’m part of an industry-leading business, delivering some of the most advanced and sophisticated facilities in the UK. I am very proud of what has been achieved over the past 20 years, and of my role in that success. I am looking forward to building on that legacy of creating opportunity for young people, and delivering excellence for our clients as a director.”